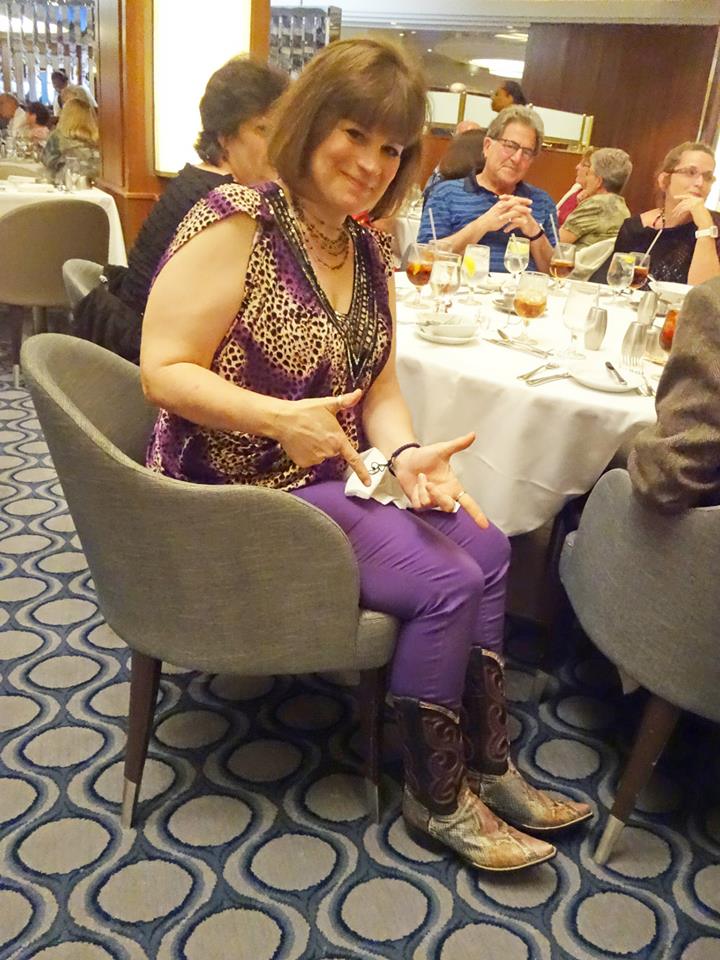 I recently heard a song on the radio that has stuck with me (Matthew West’s The Motions).  Usually it takes more than one partial listen-through for a song to stick in my head, yet I can still hear the first line of the chorus clearly.  Part of the lyrics follow:

Stepping foot on the Oasis of the Seas two weeks ago was a LIFE game changer for me.  I will never forget my first step on-board into the Royal Promenade; I had tears in my eyes.  As long as I can remember I’ve been terrified, and I do mean TERRIFIED, of the idea of going on a cruise, and yet like most things in life, my fears and worries were far worse than the actual event.  This may sound strange, but I realized that I had been so “held hostage” to that particular fear that I’d been going through the motions of life, because That Big Really Super Scary Thing was still out there.  Isn’t that crazy how one thing affected me so much, and I didn’t ever realize it?  Now, since disembarking that ship, everything is so intense, and I feel totally in the moment all the time.  I’m a different person after spending that week at sea.  I’ve definitely been less argumentative to the Lord (regrettably, part of my dark side); He was once again faithful and got me through my fear.  In my mind, going on that cruise was trusting Him with everything…and He outperformed Himself yet again!  My soul is forever imprinted with the beauty I was exposed to, via water and land scenery – and PEOPLE.  Take a look at pictures from our trip at dancewithjanet.com/cruise; what an unforgettable trip!  I have no regrets, and as you know, I will do it again (in February of 2016)!!

I don’t know if any of you have had or still do have a phobia like I’m describing.  If you do, hopefully my little story encourages you to step out in faith and face your fear.  If you don’t, you’re welcome to think I’m a bit odd (it won’t be the first time that’s been thought of me!!).  Life is too short to be going through the motions…and so much more exciting when you’re not!!  Let’s GET GOING!!

P.S.  My “reward” for stepping out in faith – purple snakeskin boots from Mexico!